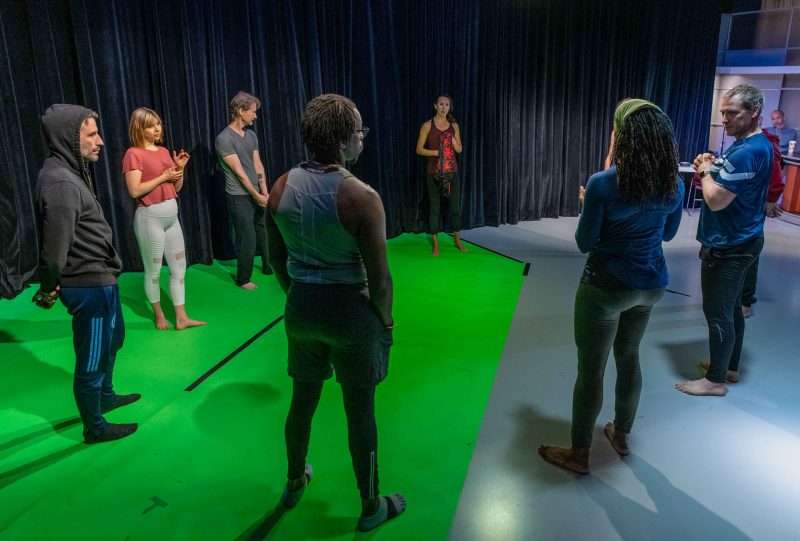 What is going on with Untitled Othello Project?

Here’s what it isn’t doing.  It isn’t in the business of coming up with some new “interpretation” of Shakespeare’s play.  Instead, with a strange mixture of surgical precision and (compared to our usual way of working) excruciating patience, it is reimagining how we might make theatre.  Along the way, it will be asking whether this thing is playable, in good faith, and with the personal integrity of its players and practitioners intact.  Will the result be a production that forever changes the way audiences view this play?  No one can know that, and that’s not the deal here.

Making theatre in this country is like sprinting through a minefield.  Usually, we get ourselves all charged up, we rush in, we take some casualties, but the adrenaline and the (structural? forced? imaginary?) intimacies of performance keep us coming back for more.  We learn where some of the aesthetic mines are.  Maybe we don’t step on them the next time, or the time after that.  But not all theatrical landmines are purely aesthetic, and “not stepping on a mine” is not the same thing as clearing a field — one that, after all, trades on openness and vulnerability — of its myriad present-even-if-not-directly-seen dangers.  For Black practitioners, the mainstream theatre ecology of truncated preparation time means that a certain dishonesty is baked into the system: as Keith says in an interview I’ve done with him coming out soon in Shakespeare Bulletin, it’s hard enough for Black actors to point out the obvious problems, and even if the obvious gets acknowledged that doesn’t mean anyone’s going to spend the time to sort it out.  Too many moments of too many rehearsals are filled with landmines of micro- and macro-aggressions, of real psychological harm, that white actors can step around while the white powers-that-be wonder why Black actors won’t just play along and keep up.  “That’s a mine.”  “I don’t see it.”  “It’s there.”  “Huh.  Well, just walk around it I guess, we gotta get to the next scene …”  The Untitled Othello Project says, we gotta clear these fucking minefields!   Call it anti-racism, call it self-care, call it eradication of harm, call it making better theatre … but the process has to change.  Changing the process is this project’s deal.  We show what we value by where we allot our time.  In the assembly line of mainstream theatre, often more time seems to be allotted to set and costume construction than to rehearsals, that place where real human beings meet the imaginary material in question.  The Untitled Othello Project is investing time in the basic humanity of its practitioners — the one thing all theatre requires but that the vast majority of theatre productions take for granted in the course of their substantially-prefabricated-and-always-sprinting-to-the-end way of making.